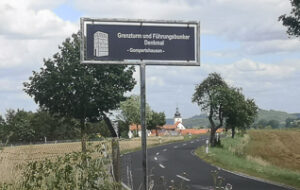 Transversal subjects concerned: Mobilities and territories: towards a relational approach to space; Stabilities and fluidity of geographical objects

Description: The project questions the observable differences between East and West German societies 30 years after reunification. It is based on ethnographic surveys conducted by Franco-German teams, returning to the thesis work of two anthro-pologists who had studied in the 1990s villages located in direct proximity to the former Iron Curtain.

On the maps of the 2017 Bundestag elections, the division of the two Germanies has become surprisingly clear: in the “new” Länder, the “classic” government parties are scoring particularly low, while Die Linke and – a new phenomenon – the AfD are achieving their best results. The “grand coalition” currently in power is therefore weakly supported.

We propose a research training project through first-hand interdisciplinary research, via a cooperation between the University of Paris 1, the B/ORDERS IN MOTION Centre at the Viadrina University of Frankfurt/Oder and the Marc Bloch Centre, mobilising approaches from geography, social anthropology and political science.

The originality of the project lies in the fact that this Franco-German and interdisciplinary cooperation is based on a common research objective. It is a question of analysing what is at stake, a generation after Reunification, within local East and West German societies in order to shed light on this astonishing electoral geography. We will focus the analy-sis on rural societies, which are essential to the understanding of the map, but which are more rarely studied.