Thesis prize of the French National Committee of Geography 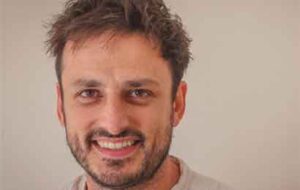 The first thesis prize of the French National Committee of Geography has been awarded to Julien Migozzi, Associate to Géographie-cités, for his doctoral thesis in geography entitled “A city for sale. Digitization and financialization of the housing market in Cape Town: stratification and segregation of the metropolis“.

Defended at the University of Grenoble Alpes, under the supervision of Myriam HOUSSAY-HOLZSCHUCH and Renaud LE GOIX, this thesis focuses on the digitalization and financialization of the housing market in the emerging metropolis of Cape Town, South Africa.

Working in the intersecting fields of economic sociology and urban geography, I propose the notion of housing market arrangement to study in the same movement the actorial and institutional structures of the housing market in Cape Town, as well as its consequences on the mechanisms of social stratification and on the forms and processes of the social division of space in an emerging metropolis. Julien Migozzi

The French National Committee of Geography (CNFG) is an association created in 1920 on the initiative of the French Academy of Sciences, representing the community of French geographers. At the international level, it represents French geography to the International Geographical Union (IGU), notably during its World Congresses every four years. Thanks to the CNFG project, France has obtained the organization of the exceptional IGU Centennial Congress in Paris in 2022.