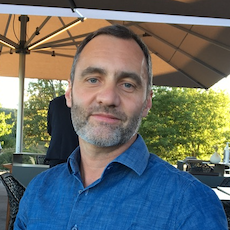 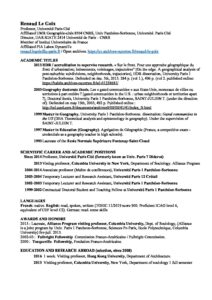 Renaud Le Goix is a Professor of Geography and Urban Studies at the Université Paris Cité (formerly Paris 7), affiliated to UMR Géographie-cités CNRS joint research unit. He also heads UMS RIATE 2414, a CNRS University joint engineering team dedicated to geodata sciences in regional and urban research. His research focuses on metropolitan areas and real-estate markets, in France and in the US, analyzing the interactions between property values, segregation patterns, ordinary financialization. He also focuses on relationships between developers, property owners associations and local government bodies. His last book (Sur le front, Publications de la Sorbonne, 2016) uncovers the spatial dynamics of suburban markets and segregation patterns in the Los Angeles area. Current researches focus on the spatial dynamics and inequalities in housing markets, analyzing sellers and buyers trajectories, and ones relationship to property markets, accumulation and vulnerability in Paris, Lyon and Avignon, funded by the French National Research Agency (ANR). He also engages with critical pedagogies in higher education in his recent publications.

His research has been funded through research grants (for instance US. NIH 2009; France ANR 2007, France ANR 2018). He has been a Fulbright fellow (2002) and Tocqueville Fellow (2000), and alos an Alliance program visiting professor at Columbia University (Spring 2013). Currently a member of the Society and Humanity Faculty board at the Université Paris Cité, he has experience in University administration  as a  vice-president for Research of University of Paris 1 (2009-2012), co-director of the Paris Doctoral School of Geography (ED 434) 2015-17, and has been in charge for the University Paris 1 of the preparation for the Excellence Clusters bids. He led as a scientific coordinator the DynamiTe research cluster between 2012 and 2014 (Territorial dynamics, http://labex-dynamite.com, a 6 million Euros consortium of 15 research departments). He held seats in elected national professional (CNU23, 2009-2011 / 2015-2019), and is an active member of journal editorial boards for Annales de Géographie, and Cybergeo. He has published or edited 5 books, 23 papers in international journals (8 since 2015, among which Urban Studies, PlosONE, TESG, JUA and RERU), 16 book chapters and many conference papers and talks