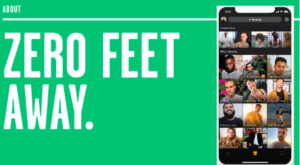 This article aims to study the impact of gay dating applications on the practice and perception of urban space of the men who use them.

Grindr and its competitors rely on extremely precise GPS-location, offering gay men the possibility to interact on the basis of their spatial proximity. While encounters between men have historically been marked by strong territorialities, around commercial community venues or multiple cruising places, geolocated applications allow men to meet in a much greater number of spaces and temporalities across urban space. It also questions the relationship of gay men to space, characterised by multiple heteronormative injunctions.

Based on a questionnaire survey and a series of in-depht interviews, the article shows that the use of these applications reconfigures the perception of urban space, the fact of being able to see and interact with other men just about everywhere diminishing, without making them disappear, the strength of the heteronormative injunctions experienced in everyday life. Although the city seems to be becoming more gay-friendly in the view of its users, this is not necessarily reflected in the geography of encounters: meetings are marked by a logic of proximity which tightens interactions around everyday spaces, as well as multiple logics of avoidance of specific places. This is reconfiguring, within the city, the limits between spaces perceived as friendly to sexual minorities and those perceived as hostile.

Full text of the article (in French) available at Open Edition Journals.