An Atlas of Geographical Wonders: from Mountaintops to Riverbeds 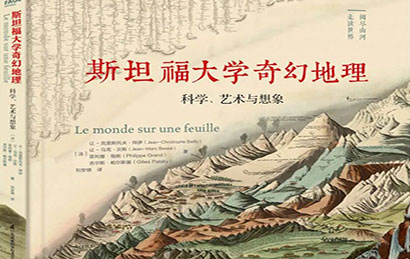 After a first English translation published in 2019 by Princeton Architectural Press, An Atlas of Geographical Wonders. From Mountaintops to Riverbeds(1st French edition by Fage in 2014) has just been published in Chinese and edited by Beijing Highlight Press Co., Ltd.

This is the first book to catalog comparative maps and tableaux that visualize the heights and lengths of the world’s mountains and rivers. Produced predominantly in the nineteenth century, these beautifully rendered maps emerged out of the tide of exploration and scientific developments in measuring techniques. Beginning with the work of explorer Alexander von Humboldt, these historic drawings reveal a world of artistic and imaginative difference. Many of them give way—and with visible joy—to the power of fantasy in a mesmerizing array of realistic and imaginary forms. Most of the maps are from the David Rumsey Historical Map Collection at Stanford University.

Two renowned historians of geography and cartography, Jean-Marc Besse and Gilles Palsky, members of the research team Géographie-cités, serve as guides for the reader and analyze the different types of representation adopted by the publishers of atlases and “posters” (American and European in particular) to organize all the topographic information on a single sheet.
It is up to a third author, the writer Jean-Christophe Bailly, who is himself a great lover of maps, to evoke in his foreword the power of fascination of these images that seem to come from an imaginary world…