Achievements and Challenges in Europe

The UNESCO World Heritage Convention “Achievements and Challenges in Europe” is hosted and organised by International Cultural Centre, ICOMOS Poland and City of Kraków in

The conference theme – Achievements and Challenges in Europe – aims to help give an account of the successes, assess the current state of heritage protection, reflect on forecasts and tasks for the future. 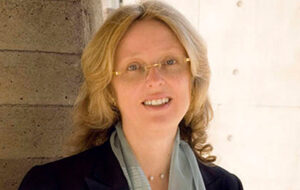 Dr Mechtild Rössler has a degree (Staatsexamen) in cultural geography and literature from Freiburg University (Germany) in 1984 and a Ph.D. from the Faculty for Earth Sciences, University of Hamburg (Germany) in 1988. She joined the Centre national de la recherche scientifique (CNRS) at the Research Centre of the Museum “Cité des Sciences et de L’Industrie” (Paris, France) in 1989 and worked in 1990/91 as a visiting scholar on geography, area research and spatial planning at the University of California at Berkeley, USA, in the Department of Geography. In 1991, she started working at UNESCO (Paris) in the Division for Ecological Sciences and transferred in 1992 to the newly created UNESCO World Heritage Centre. She held different positions including as Programme Specialist for Natural Heritage and Cultural Landscapes (1993-2001), Chief of Europe and North America (2001-2010), Chief of the Policy and Statutory Meeting Section (2010-2013), Deputy Director (2013-2015), Director of the Division for Heritage (2015-2018) and Director of the UNESCO World Heritage Centre (2015-2021).

After her retirement on 1 October 2021 from UNESCO, she returned to academia and joined the French CNRS as chercheur associé (CNRS-UMR Géographie-Cités). She lives both in France and Germany.

She has published and co-authored 13 books and more than 120 articles, among them “Many Voices, One Vision: The Early Years of the World Heritage Convention” (Routledge 2016, with Prof. Christina Cameron).