NETCONF “Scientific Networks and Congresses”. Understanding the effect of congresses on the dynamics of scientific networks

NETCONF “Scientific Networks and Congresses”. Understanding the effect of congresses on the dynamics of scientific networks 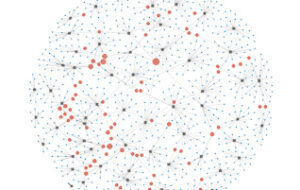 Transversal subjects concerned: Data and protocols in the digital humanities

Description: The aim of this project is to characterise the effect that congresses can have on the dynamics of scientific networks and their internationalisation.
In order to improve the understanding of the social depth of scientific activity and the role of congresses in the circulation of knowledge and collaboration, the project proposes to compare the case of two congresses from two disciplines: chemistry and political science.
Based on a longitudinal follow-up of the last three editions of the ISGC (Green Chemistry Congress held in La Rochelle every two years) and the AFSP Congress (Political Science Congress held in a French city every two years), which are roughly similar in size (700 participants), the aim is to study the origin of the participants (country and city of origin) and its evolution, to reconstitute their collaboration links and to verify the effect of co-presence on a panel on the appearance of new co-authoring and/or citation links between participants, and/or the appearance of a common communication at the next edition of the congress.
A specific work is done to document the locks encountered when retrieving data that are of a varied and more or less open nature and to propose a method that can be reproduced and applied to the study of other congresses.
Exploratory results were presented during the special session on the analysis of bipartite networks and affiliations (actor-event networks) of the 2020 edition of the SUNBELT conference. The presentation material entitled “Analysing panel co-attendance in scientific conferences. A new avenue to explore academic sociality” is available online. The code that made it possible to generate the results presented in this paper as well as the mobilised data have been made accessible on two git spaces: on the one hand the code and data allowing the analysis of the green chemistry congress and on the other, that of the political science congress.