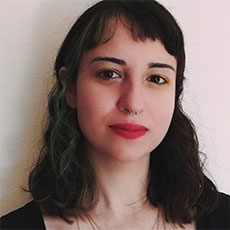 Dilruba Erkan, doctoral student at the University of Paris I Panthéon – Sorbonne, member of Géographie-cités, will defend her thesis in Geography in co-direction with the Doctoral School of Geography of Paris (ED 434) and the University of Vienna (Department of Sociology): “When Urban Transformation Becomes Gentrification: Policies and Perceptions in the Neighborhoods of (Im)migrants in Istanbul, Vienna and Paris” on February 25.

Contemporary urban change is predominantly driven by migration and capital accumulation. Meanwhile, urban transformation typically focuses on facilitating middle classes, while (often) characterized as gentrification, which as a process is tied to global circuits of urban policy transfers. Despite the phenomenon’s “global” emphasis and in contrast to the scholars that describe gentrification as a planetary process, this dissertation argues that it takes different forms worldwide.

The disparity predominantly depends on local socio-spatial and politico-economic contexts mediated via policies. On the one hand, amongst the disadvantaged inhabitants that are most vulnerable to likely side effects of gentrification are lower class (im)migrant populations. On the other, the neighborhoods densely inhabited by (im)migrant populations seem to compose the neighborhood’s reputation and stigmatization, which, in return, construct the opinion of potential gentrifiers. The outsider’s perception ultimately contributes to determining the characteristics of the urban transformation process. Against this background, this dissertation, through comparison, investigates the consequences of mediated perceptions and policies and if (and how) they lead an urban transformation to show characteristics that resonate with gentrification.

The comparison is between Tarlabasi (Istanbul), Kretaviertel (Vienna), and Quartier de la Porte-Saint-Denis (Paris), which are a) neighborhoods experiencing gentrification-like urban transformation and b) examples of neighborhoods with a high density of lower-class Turkish/Kurdish populations – with various migration histories – that reside or work there. The comparison is based on analyzing policy, planning, and media archive documents, semi-structured interviews with experts and Turkish/Kurdish residents, observations, image analysis, and field mapping. The research objectives are to 1) revisit gentrification as an umbrella term, 2) conceptualize the frame of gentrification via comparison, 3) investigate the interplay between gentrification and the social composition of an (im)migrant neighborhood, and 4) understand the impact of policies on characteristics of gentrification.

In summary, this work informs us about the fluidity of terminology, and how the complexity of a term like gentrification can be utilized in order to analyze the various factors that define the main characteristics of three different cities and their transforming neighborhoods. It highlights the factors that are similar in the three case studies but also the different ways in which social perception and policies crucially shape the way in which gentrification proceeds. Accordingly, policies are fundamental at the city level, and at the neighborhood level, social composition and social ties are among the main factors affecting gentrification. Although gentrification is inevitably putting pressure on (local) residents, in an emotional and physical sense, this thesis shows that the way in which cities regulate and monitor urban transformation moving forward will make a crucial impact on the lives in the neighborhood.