3 October 2022|CRIA, In the spotlight, Publications, Stability and Fluidity| 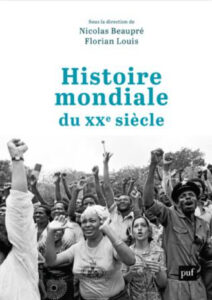 Tamara Boussac, an Associate professor at the University of Paris 1 Panthéon-Sorbonne and member of the Géographie-Cités laboratory, is the author of the chapter “Beyond the ‘American Century’: North America in the Twentieth Century” in this collective work, which offers a synthesis based on the most recent historiography of twentieth century world history.

Wars, revolutions, the collapse of empires: the 20th century seems to have been a “century of events”. The impression of an accelerating history that emerges from it makes it, despite its proximity, not very intelligible.

About fifty historians have taken on the task of writing a truly global and total history. Global in that it breaks with the great narratives, too often Western-centric, that have been delivered until now. Total because, without neglecting politics, it puts the history of the century into perspective by integrating the contributions of the great historiographic fields and renewals: the environment, gender, violence…

The authors guide us through this “long twentieth century” marked by a decline in Europe, accompanied by political fragmentation and a reinvention of imperialism; by disasters and traumas but also hopes and spectacular scientific and technical progress. The century is marked above all by the creativity and resilience of ordinary men and women, whose participation in the march of history is highlighted here.