Colony without a Flag: Imperial Cartographic Strategies at the Margin of the Peace Conference Mapping, connectivity 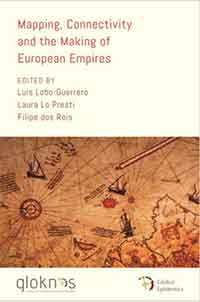 Mapping, connectivity and the making of European empires, edited by Luis Lobo-Guerrero, Laura Lo Presti and Filipe Dos Reis, is the second part of a three-book series on connectivity and empires, a project led by several scholars in the history of international relations that interrogates the link between geographical imaginaries and the production of early modern and modern empires.

Louis le Douarin, PhD researcher at the European University Institute, and associate researcher at Géographie-cités published a chapter in this book entitled: “Colony without a Flag: Imperial Cartographic Strategies at the Margin of the Peace Conference “.

This chapter focuses on the representation of Syria by French colonial circles before the partition of the Ottoman Empire, and how the cartographic strategies used by these economic, scientific and political networks took part in shaping a geographical imaginary of a « French Syria », connected to the mainland through historical, symbolic and material networks.