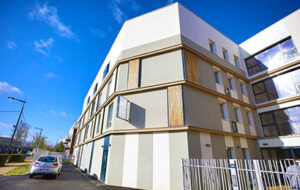 The uneven development of health care REITs in France, the United Kingdom and Japan

Population aging has led to the establishment of Healthcare Real Estate Investment Trusts (HC-REITs) to boost the supply of nursing homes, but these initiatives have met with contrasting success in different countries. This paper bridges two strands of research on financialization, social welfare and the built environment, to explain the uneven geography of HC-REIT development in France, the UK and Japan.

It argues that nation-specific processes of nursing home securitization are shaped by the interrelationships between three crucial factors:

Drawing on discussions with experts in these sectors, the paper of Natacha Aveline, CNRS’ Senior researcher, member of Géographie-cités, demonstrates that liberal welfare states such as the UK have an especially attractive profile for Healthcare REIT investors due to the advanced state of financialized pension reforms, significant state disengagement in the provision of long-term care and REIT-friendly regulations that facilitate investment operations and leases. On the one hand, these tendencies are driving financial investors to satisfy a growing demand for retirement savings in niche markets such as Healthcare REITs. On the other hand, value extraction is being increasingly sought through the capture of care-dependent residents’ home equity. By linking social benefit provisioning to later life housing accommodation, this article casts important light on current debates on the political economy of real estate financialization, while also emphasizing the need for continued state support for long-term institutional care.