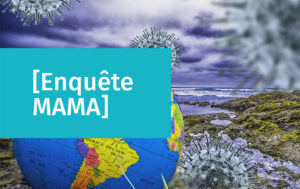 Project title: Mobilities and Territories in the light of the Covid-19 pandemic

Description: Thanks to an exceptional grant from the MESRI, the Institute of Humanities and Social Sciences of the CNRS is deploying a multidimensional investigation on the adjustments, dynamics and reorganizations caused by the Covid pandemic19, entitled Du Monde d’Avant au Monde d’Après (2021-2024) – MAMA.

The contribution of Géographie-cités to the MAMA program is characterized by a territorial and mobility-based approach. The team explores the spatial dimensions of the pandemic phenomenon by analyzing the mobilities of populations, their movements over varying distances, in different temporalities (before, during and after the periods of confinement) and in a comparative and international dimension (various territorial and urban contexts will be considered: France, Great Britain, Germany, Italy, Spain, the United States, India and South Africa – and a dozen metropolitan areas).

This proposal is in line with the axes proposed by the MAMA program by analyzing the changes in territories under the effects of the health crisis. The aim is to quantitatively measure and qualitatively evaluate the representations and behaviors of populations following the emergence of the epidemic, through the prism of their mobility, both within cities (intra-urban scale) and between them (inter-urban scale), as well as between urban and rural areas. The analyses focus mainly on the daily mobility of populations, their capacities and methods of adaptation to the crisis, and the socio-spatial reorganization of territories that these mobilities reflect and feed. They also address the mobilities associated with the supply of food in particular, which the pandemic has helped to reorganize – the aim here is to measure the longer-term impact of these transformations. Residential mobility during and after the crisis is also considered, either directly through qualitative information collected via surveys, or more indirectly through the evolution of daily spatial practices.

The detailed observation of the changes in mobility trajectories induced by the pandemic will make it possible to reveal new territorial structures associated with new practices during or after the pandemic according to different limitation criteria (e.g. changes in commuting, closure of universities, limitation of leisure activities, change of residence, etc.). It will also allow us to explore the effects on the territories of the relocation of individuals, not only to question from an epidemiological point of view the role of population mobility in the spread of the virus, but also to better integrate mobility in the management of infectious risks.

Finally, a whole part of this study concerns the management of mobility and supply by transport actors and public authorities: the idea is to address the issues of governance of the health crisis and the tactical and strategic adaptation of urban and planning policies to the evolution of mobility, territorial practices and supply constraints.

Two spatial scales of analysis can be distinguished: