26 October 2021|Data and Protocols, In the spotlight, PARIS, Publications| 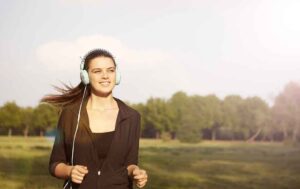 The paper “Follow the guides: disentangling human and algorithmic curation in online music consumption” presented on September 30th at ACM Recsys, the leading international conference on algorithmic recommender systems, was a finalist for the “Best paper award”.

The role of recommendation systems in the diversity of content consumption on platforms is a much-debated issue. The quantitative state of the art often overlooks the existence of individual attitudes toward guidance, and eventually of different categories of users in this regard. Focusing on the case of music streaming, the team of researchers from the CNRS (Géographie-cités and the Marc Bloch Center in Berlin) and Deezer analyze the complete listening history of about 9k users over one year and demonstrate that there is no blanket answer to the intertwinement of recommendation use and consumption diversity: it depends on users.

First they compute for each user the relative importance of different access modes within their listening history, introducing a trichotomy distinguishing so-called ‘organic’ use from algorithmic and editorial guidance. They thereby identify four categories of users. They then focus on two scales related to content diversity, both in terms of dispersion – how much users consume the same content repeatedly – and popularity – how popular is the content they consume.

They show that the two types of recommendation offered by music platforms – algorithmic and editorial – may drive the consumption of more or less diverse content in opposite directions, depending also strongly on the type of users.

Finally, they compare users’ streaming histories with the music programming of a selection of popular French radio stations during the same period. While radio programs are usually more tilted toward repetition than users’ listening histories, they often program more songs from less popular artists.

On the whole, our results highlight the nontrivial effects of platform-mediated recommendation on consumption, and lead us to speak of ‘filter niches’ rather than ‘filter bubbles’. They hint at further ramifications for the study and design of recommendation systems.

This work is part of the RECORDS project, funded by the ANR (records.huma-num.fr, 2020-2023). RECORDS is a collaborative research conducted by researchers and engineers working in three CNRS laboratories and in the R&D departments of Deezer and Orange. The project is coordinated by Thomas Louail, CNRS research fellow at Géographie-cités, Camille Roth, CNRS research fellow at the Marc Bloch Center (CMB) in Berlin, Philippe Coulangeon, CNRS research director at the Observatoire Sociologique du Changement, Jean-Samuel Beuscart, researcher at Orange R&D, and Manuel Moussallam, head of the Deezer R&D team.

ACM RecSys is a leading international conference on recommender systems.