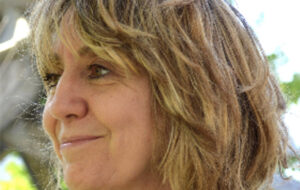 Natacha Aveline, CNRS professor at Géographie-cités, is invited professor at the Université de Montréal during the 2021/2022 winter term.

She specializes in the political economy of urban production in East Asia, particularly in Japan and the Chinese world. She teaches a course entitled: “Urbanization processes in Japan, a historical and contemporary perspective”. This course aims to provide students with historical and geographical knowledge about Japan through an analysis of the processes of urbanization in the archipelago (and in Japanese colonial territories) over a long-term period. It is based on the widespread recognition that the city preceded the nation-state as a privileged space of political consolidation, while undergoing profound transformations in its forms and functions over the centuries. Observing the dynamics of urbanization over time allows us to understand the major changes of Japan from a new angle and to grasp the effects of this heritage on the distinctive features of contemporary Japanese cities.

The course is organized in two parts. The first part analyzes the role of the urban in the formation of the political and social system of each major period of Japanese history, from prehistory to the present day. In the second part, the course examines various aspects of urban dynamics in contemporary Japan from an urban geography perspective, combined with contributions from other social sciences (economics, political science, sociology). The course focuses on large metropolitan areas, where the recentering of urban production around major railway hubs is accompanied by a profound reorganization of residential spaces in a context of advanced aging. The course does not require any linguistic prerequisites, but it frequently calls upon notions in Japanese and Chinese languages that are helpful to those who are learning these languages.