Niki Vermeulen, Senior Lecturer in Science Technology and Innovation Studies (STIS), School of Social and Political Science at the University of Edinburgh is invited by Marion Maisonobe and Nicolas Verdier on behalf of UMR Géographie-cités and the PARIS Team in March 2022 (EHESS programme).

She studies the ways in which scient 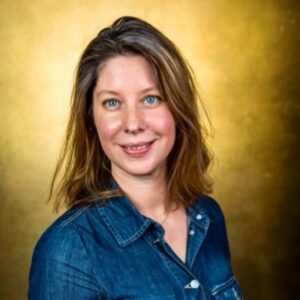 ific practice is organised, focusing on research collaboration. She has developed a particular interest in the spaces in which people work together, analysing choreographies of collaboration, i.e. movements such as circulation and integration to explore the spatial dynamics of research.

Associated with the Centre for Science and Technology Studies (CWTS) at Leiden University; she is a Fellow of the Young Academy Scotland (YAS) of the Royal Society of Edinburgh, a member of the Scottish Marine Science Delivery Group and a member of the ESRC/Innovate UK ‘Innovation Caucus’. In 2018 she was awarded the 2018 Tam Dalyell Award for Excellence in Public Engagement with Science for the mobile app ‘Curious Edinburgh’ (www.curiousedinburgh.org) which allows people to explore the city following specific science history tours.

Here is the list of the seminars she will give during her stay:

This seminar draws on 20 years of research experience, looking into reasons for and forms of collaboration, as well as theories and methods for studying collaboration, and sets the scene for the further lectures. It will give a historical overview of the topic, showcase recent examples and focus especially on mixed methods research in relation to the research work performed during the visit and the work showcased in subsequent seminars. It will show how interaction between scientometric analysis and qualitative research, shows new insights into the dynamics of research and the importance of location and connections

Based on research into the dynamics of marine science collaboration, this seminar argues the importance of research into marine life within the current climate emergency. It presents current work on policy developments in marine science and compares the dynamics and research trajectory of two historical marine biology stations: Roscoff in France and the Scottish Marine Station in the UK.

It will be followed by a presentation of Francis Chateauraynaud, GSPR – EHESS, entitled “To understand critical processes from a plurality of lines of enquiry and reasoning”

18th of March – Digital humanities in the city: the case of Curious Edinburgh

This seminar focusses on the Curious Edinburgh project (www.curiousedinburgh.org) as an example of using innovative digital methods to showcase cultural and scientific heritage in the city. As Edinburgh is often characterised as a hotbed of genius, building on its flourishing during the Enlightenment, this project has endeavoured to make this important scientific history visible through a website and virtual walking tour app, which can be downloaded on a mobile phone. The seminar gives an overview of the (technical) development of the project, the resources used, and give a taster of the tours, varying from history of science, technology and medicine, to brewing, hospitals and public health. As the format allows to tell a variety of stories about the city, we now also cover tours on Edinburgh’s international connections and its vibrant local communities, paying attention to equality, diversity and civic action. Content is sourced from a wide variety of research projects across the University of Edinburgh and community archives, bringing diverse knowledge on Edinburgh together in one space with possibilities to expand to other cities.

It will be followed by a presentation of Matthieu Pichon, PhD Student – EHGO team – UMR Géographie-cités, entitled “Geographers and the city through public commissions”

Research day “In search of the heritage of the University of Paris 1 Panthéon-Sorbonne, A sensitive analysis of the representations and heritage attachments of the university community”, organised by Alain Duplouy and Maria Gravari-Barbas – organised in the frame of UNA Europa (https://www.una-europa.eu/)

The University of Edinburgh is a member of and Niki Vermeulen is involved in the creation of a joint PhD degree with l’Université Paris 1 Panthéon Sorbonne in the area of Cultural Heritage, contributing knowledge on scientific heritage.

Open lecture on March the 16th : “Towards a joint European Degree” (information and registration: https://www.una-europa.eu/calendar/una-europa-talk-european-degree).