The PARIS seminar on January 21 morning (9:30-12:30) will allow us to listen to and discuss the presentations of Léo Tallandier and Clément Nicolle, doctoral students, members of Géographie-cités. 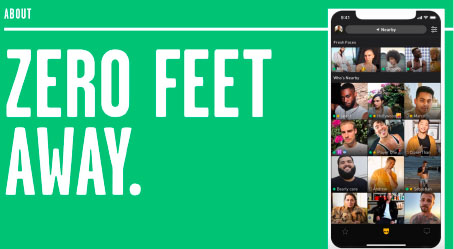 Clément Nicolle: “Meeting on Grindr: gay spaces and sociabilities in the era of geolocated dating applications”

The joint democratization of smartphones and mobile internet has been accompanied by the appearance of applications that use people’s geolocation to provide them with real-time information on the environments they frequent. Online dating has adapted to these new mechanisms, and applications for sexual minorities stand out in this respect. Grindr, the main dating application for homo-bisexual men, presents itself in the form of a grid of profiles, ranked according to their distance from the user. This grid evolves in real time according to the connections and mobility of each other. In large cities, where connection densities are highest, it offers the possibility of making encounters on the basis of geographical position alone, but also of recognizing other users evolving nearby. This contrasts with the spatial dynamics of a population historically marked by invisibility and invisibilization on a daily basis, outside of specifically LGBT venues. On Grindr, “the whole neighborhood goes gay” exclaimed one respondent, recalling his feeling after downloading the app for the first time. Through a survey mobilizing various methods (online questionnaire, interviews with users, participant observation), I seek to study the geographical logics at work in the encounters made via this application: where and how do we meet in the city with a mobile application offering the possibility to meet in a much wider range of spaces than in traditional gay centralities? I also wonder about the effects of this media on the perception of space: by making homosexuality visible and facilitating interactions between men everywhere in the urban space, does Grindr make the city more gay for the men who use it? 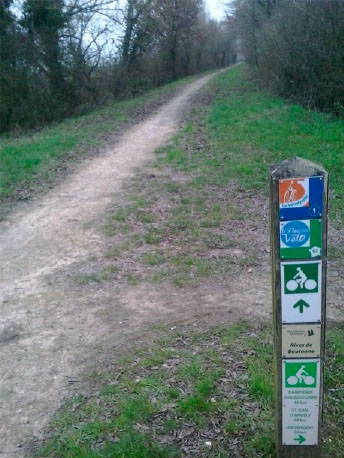 Léo Taillandier: “Mobility by bicycle in the suburbs and suburban areas of French urban areas”

For several years, the use of bicycles as a utilitarian mode of daily transportation has been experiencing a revival of interest motivated by its virtues for health and the environment. However, while this use is clearly increasing in the center of urban areas, it is stagnating, or even declining, in the suburbs and suburban areas of these same areas. In countries such as the Netherlands and Denmark, where bicycle use is much higher, the differences between urban centers and less dense areas are equally remarkable. Nevertheless, the growing body of research on cycling in these countries and in the United States over the past decade has not questioned this heterogeneity, even though other research has shown that cycling depends in part on the characteristics of the spatial context (quality and density of cycling facilities, road and public transport networks, and the influence of the natural environment, such as gradients). By questioning the spatial heterogeneity of bicycle use within French urban areas, my thesis aims to understand whether the factors influencing bicycle use in countries where it has developed act in the same way in areas where its use is beginning to re-emerge. The aim is also to question the hypotheses traditionally put forward to explain the low potential of this mode in the suburbs and suburban areas, using quantitative analysis based on data characterizing the mobility of people living in these areas, their socio-demographic characteristics, and the spatial context in which they travel.

An initial exploration of data from household travel surveys (EMD) in some twenty French urban areas shows the contrast between the suburbs, where bicycle mobility is very marginal, and the center, where it is increasing.

The construction of a multivariate statistical model, based on EMD data from the urban areas of Toulouse and Nantes, aims to examine the influence and distribution of factors associated with greater bicycle use in explaining the heterogeneity of this use within urban areas. These models tend to confirm the hypothesis that the lower use of bicycles by suburbanites and residents of the suburbs is the result of a deficit in cycling policies and mobility practices characterized by significantly longer trips and outings. However, the influence of other factors nuances this classical pattern and generates differences within a peri-urban ring or a suburb.

The presentations will be followed by a question and answer session: on the menu: the June General Assembly, the writing seminar at the end of May and beginning of June, the Lab Council…The seminar will be animated by Denis Eckert. It will be held in room 1.122 at Condorcet and remotely (to get the link : contact@parisgeo.cnrs.fr)